Less Is More: The Minimalism of Evah Fan 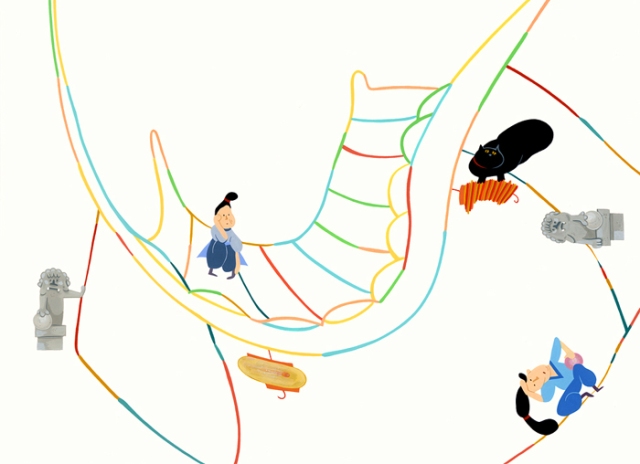 Maybe it’s just the mellow mood I’ve been in since returning from Sydney, but lately I’ve taken a departure from extreme surrealism in favor of a more minimal and dreamy but no less puzzling forms of art. The work of Berkeley, CA-based artist Evah Fan captures that look perfectly.

Fan’s delicate gouache paintings are at once narrative, poetical and minimalistic. Her sparse and colorful compositions contain elements of nonsense, mystery, and whimsy. Fan tackles mundane objects and figures in negative planes, throwing in elements of parody and irony that address a certain naïve humor.

According to the art and music website Hometapes, Evah Fan was born in Southern California in 1980, yet is fond of cold climates and is a big fan of the Cape Dorset Inuit artists. According to her Facebook page, her name pronounced in Swedish sounds like “what the hell.” Not surprising as she spent a few years living and creating in Stockholm before settling in the Bay Area. She has a whiny cat named Jalapeño “who is the man of the house.”

Ladies and gentlemen, the minimal weirdness of Evah Fan. 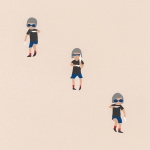 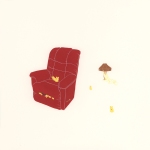 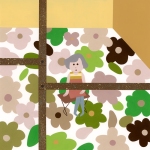 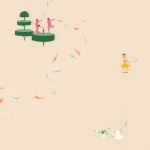 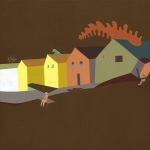 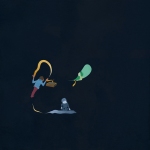 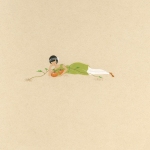 Hi, I'm Stephen Kelly, a writer, editor, photographer and graphic designer living in beautiful San Francisco, CA, USA. Amongst the things I love are writing, photography, movies, music, fitness, travel, Batman, all things Australian, food and fun, all of which I hope to reflect in this here blog. Welcome aboard ... now let's get busy!
View all posts by Stephen Kelly Creative →
This entry was posted in Art, Weekly Art and tagged Art, Artist, Evah Fan, Gouache, Minimalism, Painting. Bookmark the permalink.

17 Responses to Less Is More: The Minimalism of Evah Fan