Since I’ve lately been on the subject of architecture, my favorite building in the world celebrates its 40th anniversary today! An instant icon, the Sydney Opera House was officially opened on this date in 1973. Since then it has become not only one of the most recognizable buildings in Australia, but in the world. With its harsh silhouette and sharp sails, it mimics and celebrates both the stark beauty of Australia itself and the country’s deep maritime history.

As one of the most popular visitor attractions in Australia, more than seven million people visit the site each year, with 300,000 people participating annually in a guided tour of the facility. The Opera House hosts over 1,500 performances each year that are attended by some 1.2 million people.

Identified as one of the 20th century’s most distinctive buildings, and one of the most famous performing arts centers in the world, the Sydney Opera House became a UNESCO World Heritage Site in June 2007.

So today, on the occasion of its 40th anniversary, let’s all lift a schooner and give a hearty “Cheers” to the Sydney Opera House. 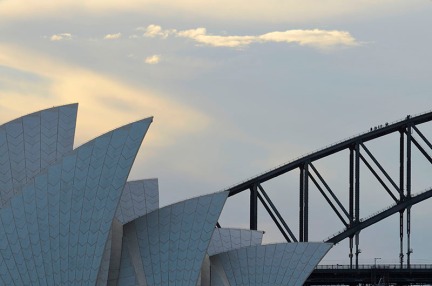 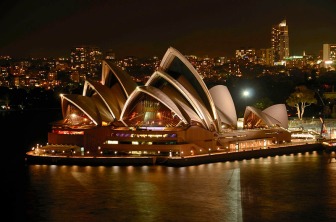